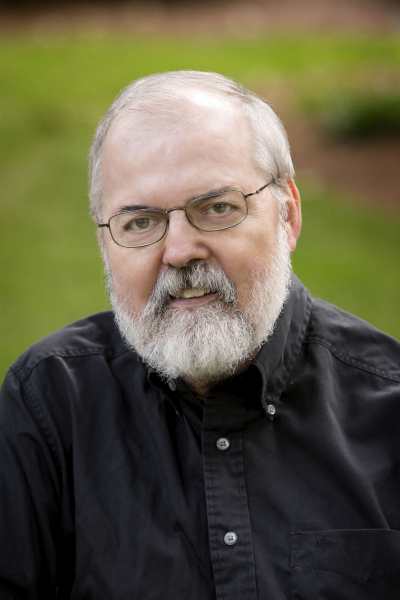 Jeff was born in Milwaukee, graduated from the University of Wisconsin-Madison with a music degree and joined the faculty at what was then known as Madison Area Technical College (MATC) and is now called Madison College in the autumn of 1972.

Jeff’s cancer started back in 2001 in a kidney and a little piece of his liver and ended up with a huge tumor on his spine. It still astounds that he kept going and going and going for 13 years. The Dictionary definition of “courageous battle with cancer” would never be complete without Jeff’s picture along side. He fought it as long as he could with his all his strength and resolve and will to live and with the magnificent support from his family and friends.

I met Jeff on a gig back in 1974. He was playing lead trumpet in a local big band. He invited me to join his Thursday evening rehearsal band at Madison Area Technical College (MATC). Jeff was a great trumpet player and even better music educator. I was fortunate to play in Jeff’s jazz ensemble at MATC for 35 years and am now in my 41st season in that group. (When Jeff retired, his replacement in the jazz ensemble was Jamie Kember, a NEC grad, a really good guy and terrific trombone player) Jeff ran a second band out of MATC which met on Wednesdays rather than Thursdays. When Jeff could no longer front that band, it continued under the name of The Jeff Peronto Jazz Orchestra (JPJO) without MATC sponsorship. I’ve been with the JPJO for about 6 years now but sadly it is on hiatus for the time being.

Jeff the pun-master with the quickest wit I’ve ever known, was also a world class photographer. He took pictures at people’s weddings but also grand vistas of galaxies and nebulae and stars and planets. Jeff was always up on the latest technology with digital photography and computers.

I remember when turning on the Today show at my in-laws the day after Thanksgiving about 35 years ago and there was Jeff being interviewed by Jane Pauley about taking pictures of the Universe in general and Haley’s comet in particular.

Some of my fondest memories of Jeff are when we’d finish a photo session, we’d adjourn to his favorite Italian restaurant and have lunch and talk, sometimes for hours………about anything that came to mind. Jeff was my friend and I miss him every day.

The JPJO performed at the gathering in the church basement after the funeral with Rich Woolworth (another terrific trombonist) conducting. Many former members of the band sat in and played. We shared our stories and our grief and our laughs and our tears.

Thanks to Jeff’s wife, Lisa for the pictures. 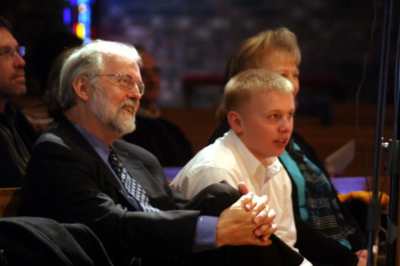 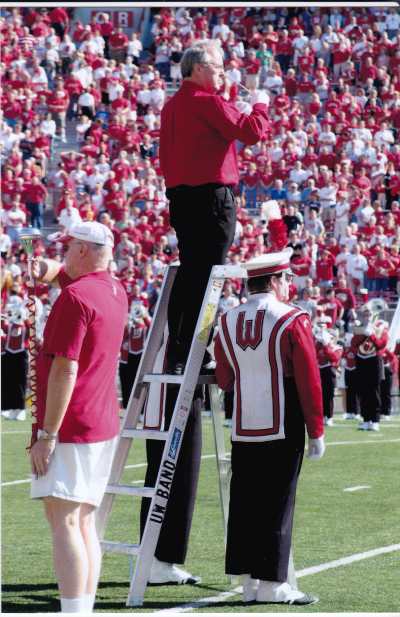